You’re offline. This is a read only version of the page.
QUOTE
Print

The following error has been encountered:

File path character limits are, unfortunately, a limitation imposed upon users through Microsoft's Win32 API library, wherein the MAX_PATH value is set at 260. Most standard Windows applications, including Windows Explorer, do not work correctly with file paths that approach, and exceed, 256 characters.

Users have three (3) recommended methods to resolve the `PathTooLongException` error, detailed below.

The most direct resolution to this issue is to have the user simply alter their naming conventions to product shorter paths. This resolution depends on the flexibility of one's architecture, and the ability to enact a such a change.

This method is most preferred, as it is the simplest resolution and involves no other technical manipulation.

Open the 'Run' command (Win+R) and type gpedit.msc and press Enter. This will open the Group Policy Editor. Navigate to: 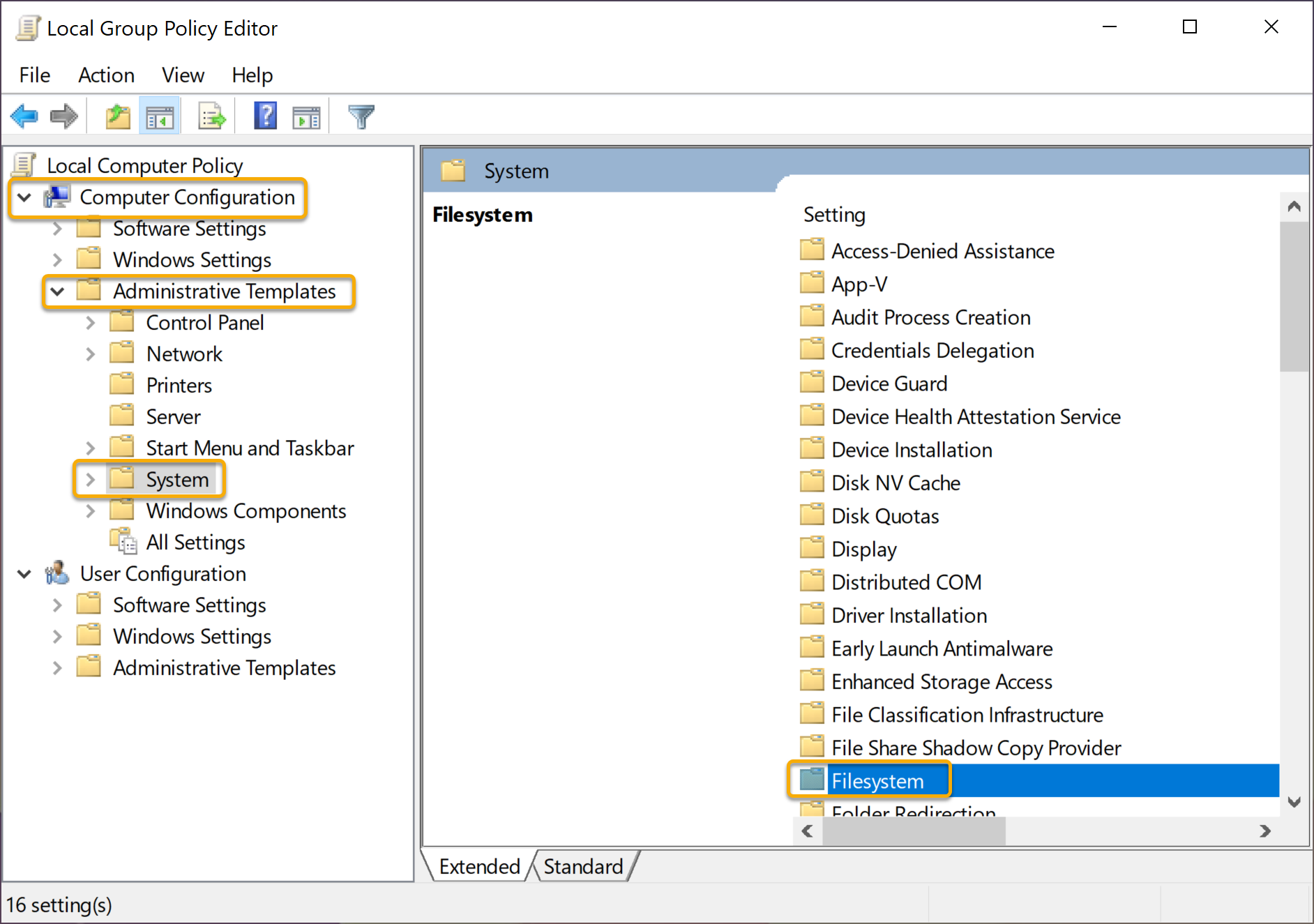 To Revert: Follow the above steps and toggle the setting back to `Disabled`.

IMPORTANT: There is risk involved in modifying the Registry. Changes can irreversibly damage your OS if not followed precisely.

Open the 'Run' command (Win+R) and type Regedit and press Enter. This will open the Registry Editor Console. Navigate to:

Locate the REG_DWORD file named `LongPathsEnabled.` Double-click the file, and change the Value Data from 0 to 1. 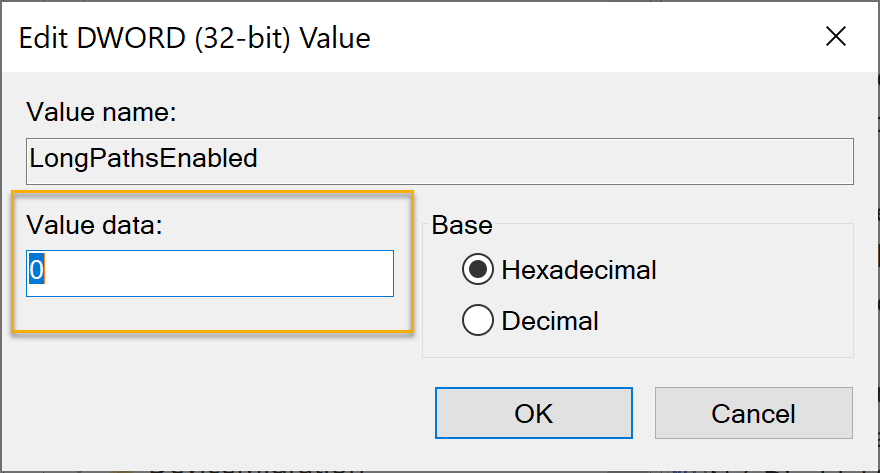 To revert back: Follow the above steps and toggle the Value Data back to 0. Again, restart the system.

The above resolutions are listed in order of riskiness. As stated above, the character limitation is imposed by Microsoft's Win32 API library, and as such, a user's Output Path will always be subject to such limitations.

The most recommended resolution to this issue is Resolution Method 1: Alter the naming conventions to produce shorter file paths.